In woodworking, veneer refers to thin slices of wood, usually thinner than 3 mm (1/8 inch), that typically are glued onto core panels (typically, wood, particle board or medium-density fiberboard) to produce flat panels such as doors, tops and panels for cabinets, parquet floors and parts of furniture. They are also used in marquetry. Plywood consists of three or more layers of veneer. Normally, each is glued with its grain at right angles to adjacent layers for strength. Veneer beading is a thin layer of decorative edging placed around objects, such as jewelry boxes. Veneer is also used to replace decorative papers in Wood Veneer HPL. Veneer is also a type of manufactured board. 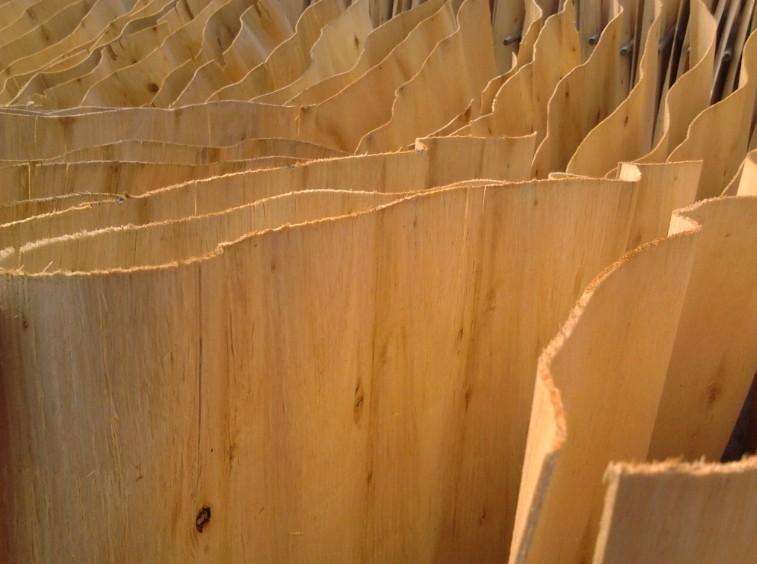 Veneer is obtained either by "peeling" the trunk of a tree or by slicing large rectangular blocks of wood known as flitches. The appearance of the grain and figure in wood comes from slicing through the growth rings of a tree and depends upon the angle at which the wood is sliced. There are three main types of veneer-making equipment used commercially: 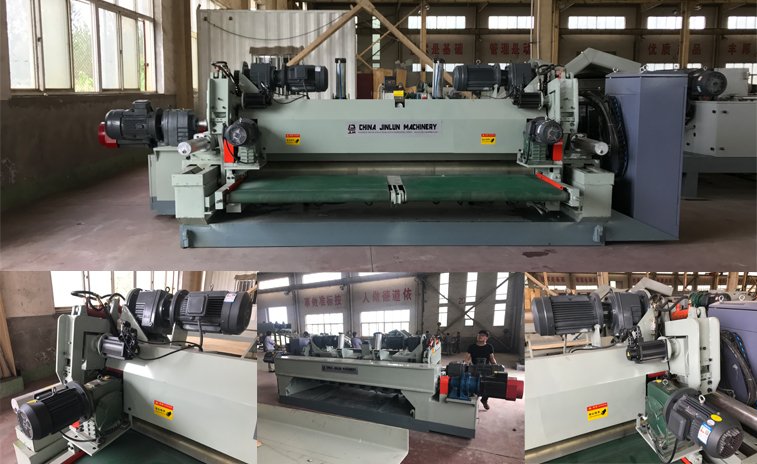 A rotary lathe in which the wood is turned against a very sharp blade and peeled off in one continuous or semi-continuous roll. Rotary-cut veneer is mainly used for plywood, as the appearance is not desirable because the veneer is cut concentric to the growth rings.

A slicing machine in which the flitch or piece of log is raised and lowered against the blade and slices of the log are made. This yields veneer that looks like sawn pieces of wood, cut across the growth rings; such veneer is referred to as "crown cut".

A half-round lathe in which the log or piece of log can be turned and moved in such a way as to expose the most interesting parts of the grain, creating a more textured feel and appearance; such veneer is commonly referred to as "rift cut."  Each slicing processes gives a very distinctive type of grain, depending upon the tree species. In any of the veneer-slicing methods, when the veneer is sliced, a distortion of the grain occurs. As it hits the wood, the knife blade creates a "loose" side where the cells have been opened up by the blade, and a "tight" side.

Historically veneers were also sawn, but this is more wasteful of wood. Veneering is an ancient art, dating back to at least the ancient Egyptians who used expensive and rare wood veneers over cheaper timbers to produce their furniture and sarcophagi. During the Roman Empire, Romans also used veneered work in mass quantities.