You are here: Home / News / The development of veneer laminates (LVL)

The development of veneer laminates (LVL)

Veneer laminate (LVL) is a kind of wood structural material obtained by peeling thick veneer, gluing, parallel grain blank, pressure gluing. Different from plywood, veneer laminating timber veneer all parallel grain blanks, it is also called parallel plywood, the number of layers can reach more than a dozen layers. Its production process is similar to the production of plywood. Veneer laminates are relatively free of strength design and have a low degree of anisotropy, and are very popular with people. 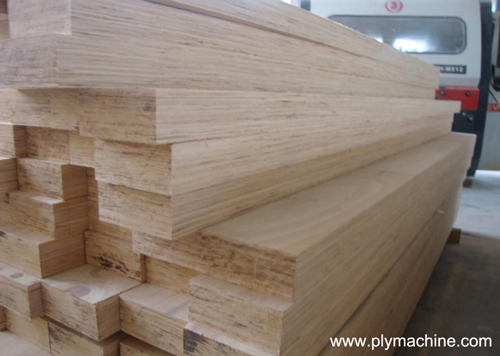 Laminated veneer was raised in the United States in the 1960s. At that time, the United States was in a period of rapid economic development, and residential construction had also entered a climax since the 1950s. As a result, the demand for wood was large, and the crisis of forest resources had become a major problem at that time. The Douglas fir in the northwestern United States was of great size. The price of wood rose significantly. In addition, the nature conservation movement in the late 1960s rose, so people must work hard to increase the use of wood. In addition, at that time, the United States had also successively developed many advanced technologies represented by aerospace technologies. The cumene method proposed by the petrochemical industry has reduced the cost of the carbonated resin adhesives, which has also stimulated veneer laminating materials to some extent. The development and production. At present, veneer laminates have been widely used in the world.

Another new type of wood structural material, PSL (Parallel Strand Lumber), which is very similar to veneer lumber, is the result of 20 years of unremitting efforts by Canadian Macmillan Co., Ltd. The product and production process have been Many countries in the world have obtained patents. Since 1985, it has been used in North American buildings and its application has gradually expanded.